As a child growing up in Oaxaca’s Valles Centrales, Carina Santiago had to finish stripping the day’s corn from its cob before she could go out and play. Red, blue, yellow, and white varieties of native corn formed the basis of her family’s cuisine, and prepping it was an everyday chore: shucking the dusty husks from a heap of cobs, carving the kernels off their ears, gathering them to cook into tortillas or atole or tamales. Learning to prepare corn marked the rites of passage of her youth: As a child, her mother taught her first to cook maize for the porridge-like hot atole drink (made from yellow corn); as a preteen, Santiago began grinding it by hand into masa; in her adolescent years, she learned to nixtamalize white corn into tortilla dough. 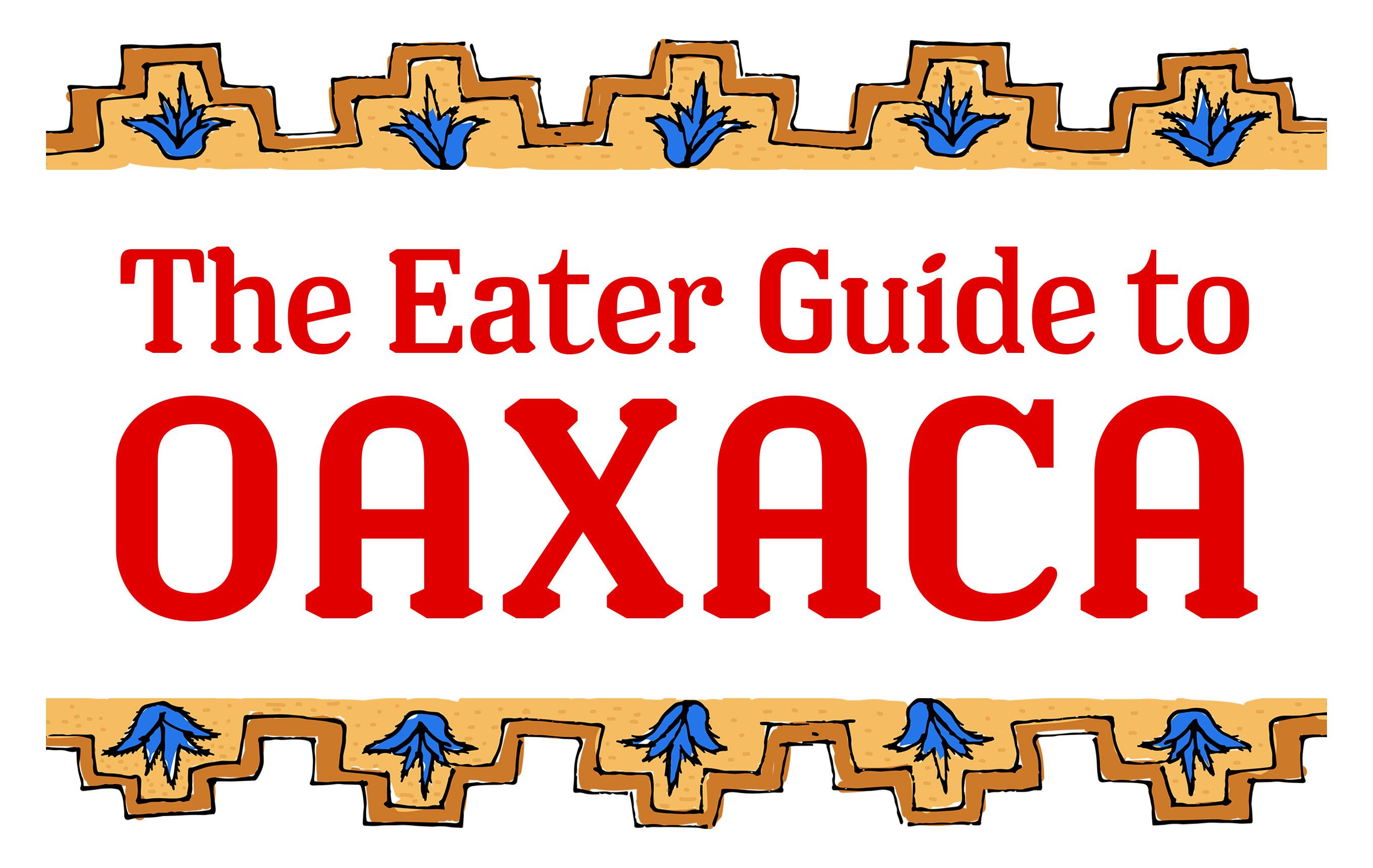 Today, Santiago owns two restaurants — Tierra Antigua and Cocina de Humo — in Teotitlán del Valle, just half an hour outside Oaxaca City. And she proudly cultivates her family’s heirloom strains of maize to serve in the restaurant. “These seeds have been passed on from generation to generation,” Santiago says. For her, cultivating native corn provides a connection with the ancestors who practiced the same rhythms and harvested the same brilliant cobs. “Sowing a field isn’t just about working from sunrise to sundown. It’s about taking care of the earth, seeing it grow, hearing stories about your grandparents and great-great-grandparents who did the same.”

Carina Santiago prepares corn from Teotitlán del Valle in the backyard of her restaurant. Oaxaca is home to 35 landrace, or native, varieties.

Mexico runs on maize: No meal here is complete without a basket of fresh tortillas. And corn’s ubiquity in Mexican cuisine is a constant reminder of the country’s Indigenous roots. Though it’s unknown who first domesticated what we today know as corn — crossbreeding it from a grass-like grain called teosinte — most studies trace it to Indigenous people in southern Mexico, and some of the oldest known specimens of corn have been found in caves in Oaxaca, dating from between 4500 and 4200 BCE. Today, corn forms the basis of an ecosystem that structures rural life culturally, agriculturally, and gastronomically. Farmers grow it through a system called the milpa, strategically intertwining it with crops that will accompany it to the table: beans and squash wrap their vines up the stalk in a mutually beneficial trio known as the Three Sisters. For rural Mexicans, cultivating the milpa — cleaning the field to prepare it for sowing, selecting the year’s seeds, fertilizing the soil and warding off pests — for the eventual corn harvest is synonymous with farming.

But despite the deep cultural significance of Mexican corn, native — or criollo — corn has gradually fallen out of use. In the early 1990s, government subsidies encouraged tortillerias to replace the arduous process of making masa from scratch with the industrialized corn flour Maseca. Around the same time, NAFTA flooded the market with cheap industrial corn from the United States. That industrial corn lacks the robust flavor of its heirloom counterparts, and replacing the dozens of maize varieties with a one-size-fits-all strain robs the staple of its culinary richness. Alex Dungla, a Mexico City-based food journalist and collaborator of the Fundación Maiz Mexicana, explains that corn, like coffee or wine, has its own terroir. Maize can grow in almost any climate, and as it adapts to the land, its composition of minerals, proteins, and fats changes. “Each one has its own textures, its own aroma, its own flavor,” Dungla says. “In Oaxaca you might have a soft, very white tortilla, and in the Estado de México you have a blue tortilla, which is thicker, earthier, goes well with barbacoa.” Corn can be buttery or herbal, creamy or rough, sweet or meaty.

The differing textures and flavors also dictate how each corn variety is prepared. Most corn-based dishes begin with the process of nixtamalization, which involves cooking corn in an alkaline solution — usually with ash or pickling lime — to soften the kernels, which releases their nutrients and makes it easier to digest. Each variety requires a particular temperature, alkalinity, and cooking time. Once nixtamalized, the corn’s texture may lend itself best to soup or tortillas or atole, or depending on the variety, it may taste best without nixtamalization, fresh on the cob or dried for popcorn.

But for most Mexicans, heirloom corn has become more and more of a luxury. Native corn costs significantly more than its hybrid counterpart: 15 pesos (about 75 cents) to 10 pesos (about 50 cents) per kilo. Hybrid corn is also easier to work with. It cooks more quickly, allowing cooks to conserve gas expenses, and it’s easier to grind, which cuts down on the time spent in the arduous process of turning corn into masa. Producers face little incentive to continue cultivating heirloom corn species.

Today, Oaxaca remains one of Mexico’s last strongholds of native corn. Santiago numbers among a cadre of Oaxacans who consider their ancestors’ practices of cultivating maize to be not just central to their diet and way of life, but also a matter of supreme cultural, and even spiritual, significance. As GMO corn has overtaken the Mexican market, they’re proud to conserve not only their ancestors’ practices, but also their seeds.

“When you eat native corn, you can tell the tortilla has a different flavor, a different crunch,” says Jacobo Angeles. He and his wife, María, who are from San Martín Tilcajete, Oaxaca, have achieved international fame for their alebrijes — traditional sculptural handicrafts that represent the vibrant mythical creatures said to guide deceased souls into the afterlife. As their alebrijes grew more popular, the couple stopped cultivating corn in order to focus on their craft. They left their milpa for five years. But they came to realize, María says, that the two practices formed part of the same essential project: preserving the beauty of long-held cultural practices. “We took up farming again because we realized we were leaving behind our purpose, we were leaving behind the basis [of all that we do], which is the field,” María says. “We started planting again, like our parents did.”

Now the couple plants up to 60 hectares of red, white, and yellow strains of heirloom corn each year, working the fields along with family members and hired workers. The cycles of corn planting and harvest dictate the rhythm of the year, and the various milestones are intimately connected with local traditions and festivals.

The harvests vary in quantity each year, depending on the rain: 2020 gave Jacobo and María 60 tons; in 2021, a drought left them with only 30. The family belongs to a local farmers’ cooperative through which they sell half of their harvest, and the rest they consume themselves, using it to feed their family and the workers in their alebrije workshop.

Estefania Alavez and her husband show off their heirloom varieties grown in San Esteban Atatlahuca.

Estefania Alavez, in the town of San Esteban Atatlahuca in Oaxaca’s Sierra Mixteca, also cultivates a rainbow of native maize: red, blue, yellow, white. She began working in the field at 15. “We used to have to go to another town for corn, but we took almost two weeks and returned with very little corn,” she remembers. She and her husband now cultivate corn only for their family’s consumption. “I have a lot of children and grandchildren, so I can’t sell any of it,” she says with a laugh. They dine daily on criollo corn tortillas and atole; on special occasions, they prepare tamales and pozole.

More than simply conserving an artifact, cultivating native corn involves a series of practices passed down from generation to generation, a way of life increasingly threatened by global economic pressures. Jacobo Angeles sees fewer and fewer young people interested in learning their parents’ agricultural practices. “The economic value is affecting us,” he says. Today, the youth of San Martín Tilcajete can make more money by making alebrijes than by growing corn. Farming under the hot sun depletes the body. Conserving the millennia-old traditions of the milpa takes hard work. But Jacobo, and other Oaxacans like him, insist that it’s worth it. “The fields need more energy. They need energy and passion,” he says. “That’s why I say you have to fall in love with the fields. It doesn’t matter what you’ll earn.”

“It’s a treasure that we have that possibility to share with our descendents,” Santiago says. “It’s food not just for the body but for the soul.”

Madeleine Wattenbarger is a writer and editor based between New York and Mexico City. Shava Cueva is a drinks and food photographer and author born and raised in Ensenada, Baja California.